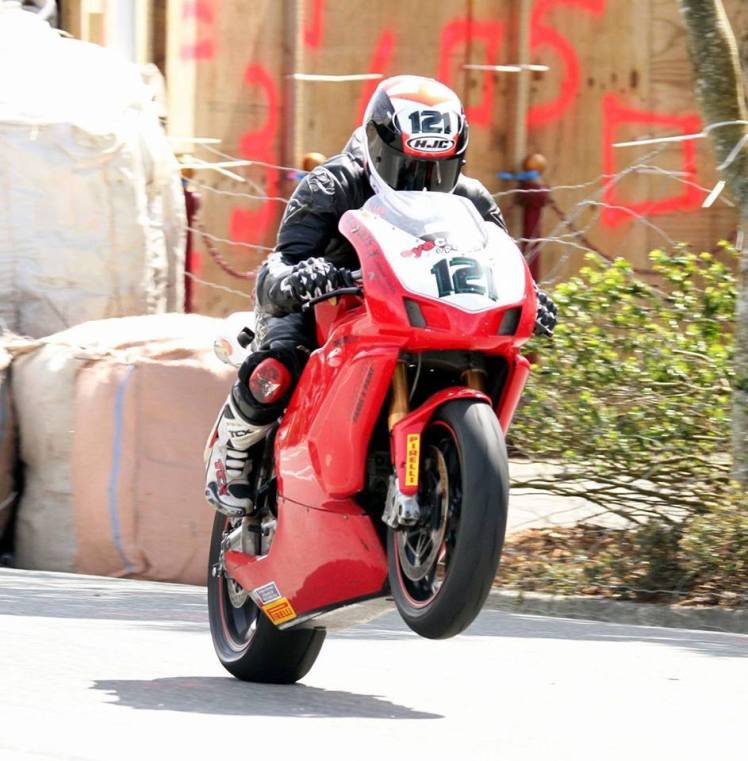 Does talent run in the genes, or is it something, which is nurtured? Well in the case of Lee Munro, I think it’s a bit of both. This quiet but cheeky guy originally from Invercargill in New Zealand, now living in Christchurch, is a cousin of speed bike racer – Burt Munro. 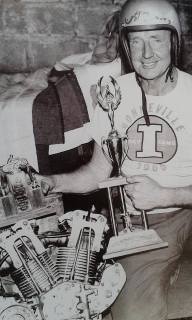 The subject of a sports biographical movie in 2005, the character of Burt Munro was brought to life (although often embellished as only movies can do) by Anthony Hopkins and following box office success in New Zealand, became a global must see motorcycle movie through DVD release.

“I shouted out to Dad look that’s our street and he told me about how Burt had a shed in the area, rode motorbikes and was well known.”

Interestingly for Lee, it was only following the release of the movie he became aware of Burt’s success in land speed records. Lee was only two years old when his Grandfather’s first cousin Burt died in 1978. Lee fondly remembers aged 4 or 5 driving past Munro Street in Invercargill: “I shouted out to Dad look that’s our street and he told me about how Burt had a shed in the area, rode motorbikes and was well known.”

By the time the movie came out, Lee was already displaying great racing talent. The earlier memories of his famous cousin subconscious in his mind: “It didn’t make an impact until the movie was released and the interest people showed me when they heard my last name.”

Coming from a family of farmers, Lee was lucky to have his own speedway track in a paddock at the family’s farm in Invercargill. This track provided Lee with the opportunity to develop his sense of adventure on two wheels and he vaguely remembers a comment by his Grandfather to his own father: “he’s just like that crazy fool Burt!”

Lee’s Grandfather didn’t have a great deal of affection for his cousin as Lee explains. Lee’s grandfather was significantly younger – by at least 20 years than Burt, and when he got married he bought his first car from Burt, to take his bride on their honeymoon to Christchurch. They didn’t get very far, the car broke down and pulling into a garage revealed a modification/fix to the pistons, which included tin cans was the source of the problem. Burt in Burt’s own unique style had fixed up the motor – Lee’s Grandfather and his bride were not impressed by this act of creativity.

And It’s the ability to make things work (even if it wasn’t sustainable) that led Burt to his successes. With a basic workshop and tools, it was his raw talent and passion, which drove results. Something that Lee has also developed a talent for: “Racing is expensive and unless you can build and fix yourself, you won’t get far,” Lee advises. And these skills came in handy after the devastating earthquake, which hit Christchurch in 2011. While Lee’s house was okay, his workshop was flooded with water and silt, bikes fell over and rebuilds were necessary: “It took a long time to recover from that,” he adds.

Both Lee and Burt have more than just genes in common, they both lost a brother in tragic accidents when they were young: “It leaves an impression on you,” explains Lee. “Traumatic events like this, they create a basis for your beliefs. For me it’s about making sure I have a good time. My family don’t quite get my racing passion with Dad thinking I’m wasting my money but they are supportive – and when the film was released, I think they got it a little more.” And Burt’s daughters – well they reckon talking to Lee is just like talking to their Dad.

Lee’s dedication to his sport is clear to see. The recent Marquez and Rossi spat in MotoGP is in danger of creating egotistical motorcycle racing, however get back to grassroots racing in any country and you’ll find everything you love about the sport again. And Lee is no exception to that. To afford his prized Ducati he lived in little more than a shed for a couple of years. He did live in storage units and his van too – was worth it though he says especially when he can make people smile. And that sums Lee up – he loves nothing more than seeing people smile.

While Lee is making everyone else smile, there is one special kid who makes him smile and that’s his 19 year old son Liam. Liam rides motorcycles too and has a 400 supersport but mostly he’s at his Dad’s side on race days, sitting in the commentary box while Lee is racing and high-fiving him when he finishes: “There’s no greater feeling in the World,” says Lee proudly.

Lee took a break from racing to care for Liam, who has autism but now he’s older and more settled, Lee is being billed as the comeback kid and he’s got his sights set even higher.

Again just like Burt, Lee has plans to travel further afield in his racing quest and all going well will be making his debut appearance at the ManxGP in 2016 and the TT in 2017. The team manager and chief engineer, Rob Wilson of Street Evolution Motorcycles in Inverkeithing, Scotland has already started to pull together a fundraising team for this bid.

There’s a lot to be done to help Lee achieve his dream, he’s quiet about his racing achievements but racing isn’t just in his blood, it’s in his passion for life and that’s very infectious to those around him.

Meanwhile the racing continues and this month sees Lee take part in Invercargill’s Burt Munro Challenge – an event, which started following release of the film in honour of his cousin. Lee will be racing a 1941 salvage Indian Scout for the very first time – it will carry Burt’s number 35 – the boards being painted by Lee himself of course. His testing last weekend was a definite learning experience and Lee ended up cradling the bike while sliding down the track – luckily no damage to the bike and Lee was good too – all in a days’ racing adventure. I’m sure Burt would approve of Lee’s determination to tame this classic bike – a far cry from his modern Ducati’s.

You can keep up to date with Lee’s Burt Munro Challenge results and his racing adventures via:

For TT and ManxGP sponsorship opportunities or media enquiries please contact me.